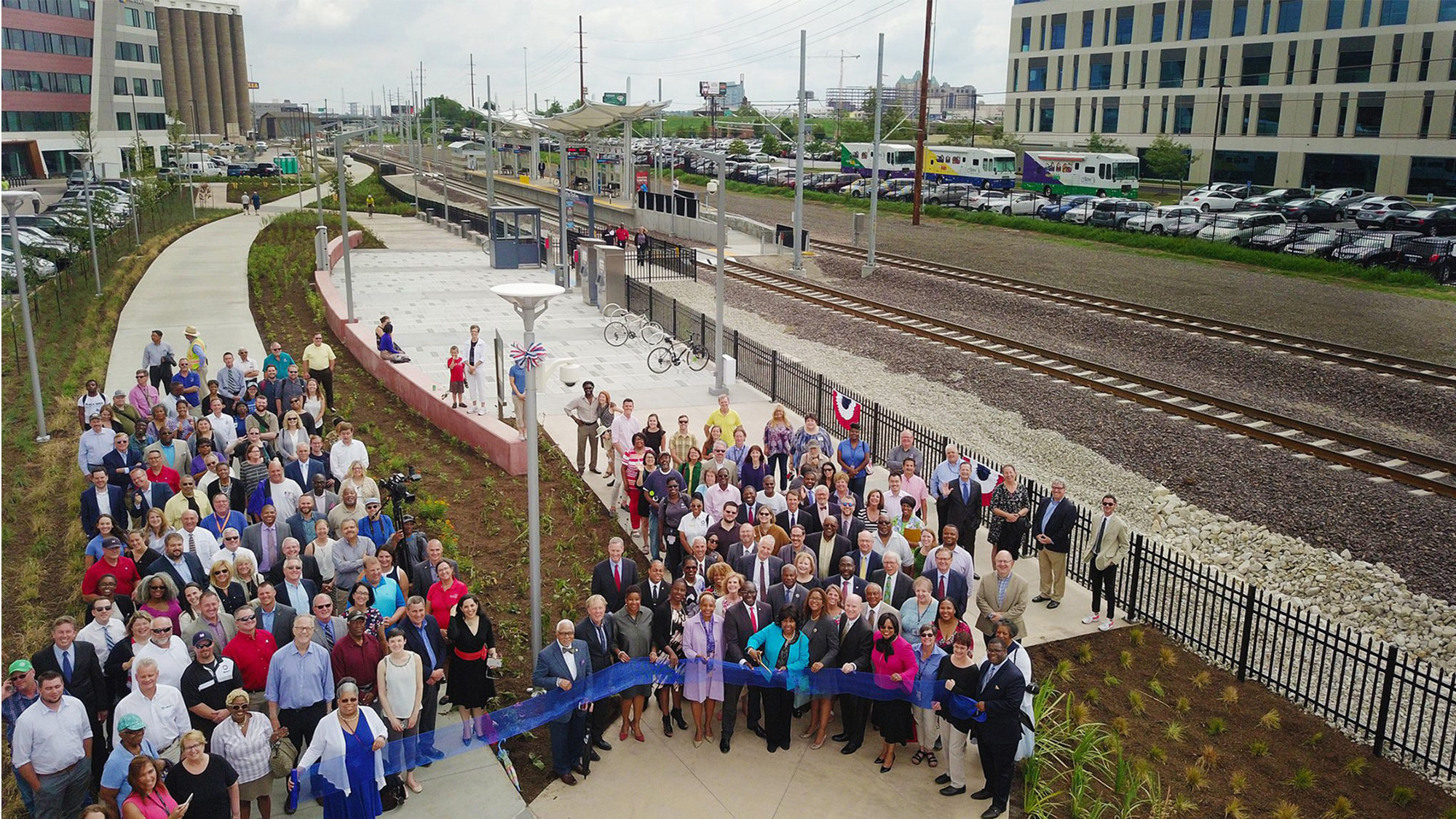 As proven by Juanita Hardy, the synthesis of art and culture in tandem with great urban design has the power to bring communities together. Inspired projects have stitched together neighborhoods in beautiful ways. Examples of such creative placemaking include the 11th Street Bridge Park over the Anacostia River. of Washington, DC. Another project, Crosstown Concourse, grows from a defunct Sears Distribution Center transformed into a mixed use “urban village” in Memphis, Tennessee. In a lively Room of Our Own session, Juanita Hardy takes us on a tour.

Juanita has a passion for art. She also has business acumen to envision healthy, thriving, and equitable places to live, work, enjoy, and learn. Honed from 45 years of experience, including over three decades with IBM, her skills bring disparate groups together to realize potential. With her company Tiger Management Consulting Group, Hardy advises on creative placemaking for the real estate development industry. Formerly, Senior Visiting Fellow for Creative Placemaking for ULI, she continues to serve as a consultant on creative placemaking to the organization. Her leadership raises awareness and increases stakeholder commitment to building healthy, equitable, more sustainable cities and places.

Among the places she took us during her talk was Monroe Street Market in the Everton neighborhood of Washington DC, a thriving development where the ground floor spaces are work studios for artists. An “artists walk” creates an interior public street and a unique cultural vibe permeates the entire block. All successful developments consider community necessities like education, housing, health, economic opportunity, and food. In emphasizing art and culture, Monroe Street Market has sparked human interaction and communication, helping ensure collective benefit. Juanita noted that 4.2% of the US GDP comes from the arts and that it has been proven than creative placemaking adds tangible value.

Creative placemaking can also support equitable development goals. Downtown South in Raleigh, NC is a project that facing concerns about displacement, requiring extensive community engagement and original thinking about making spaces and program that will attract everyone while allowing developers to achieve their goals for office, retail, housing, and a stadium. Sited on 55 acres of Downtown Raleigh’s southern edge, this arts and entertainment proposal has the potential to generate substantial benefits – economic and cultural.

Another DC project, 11th Street Bridge Park literally “bridges” the Anacostia neighborhood to Capitol Hill. Over two years of community engagement and workshops with designers will result in an elevated park for healthy recreation, environmental education, and the arts. Some civic projects have the potential for healing, like the Brickline Greenway, a 20-mile stretch of park that will connect several St. Louis landmarks. Within its master plan is the artistic celebration and remembrance of Mill Creek Valley, an neighborhood of over 20,000 mostly African Americans that was destroyed in 1959 under the auspices of urban renewal.

The final project presented was the planned $1 billion transformation of the Walter Reed Army Medical Center into public parkland and privately owned real estate. At full build-out, The Parks will include 3.1 million square feet of mixed-use development and will feature adaptive reuse of existing historic buildings, new construction and over 20 acres of open space.

“Begin with the end,” says Juanita. In other words, put the vision up front. Throughout the discussion, she stressed the importance of having the artists, architects, and landscape designers involved from the beginning of a development. By combining elements of the built environment in compelling ways that attract people, we not only create a unique sense of place, but we foster healthy, culturally rich, and economically thriving places.