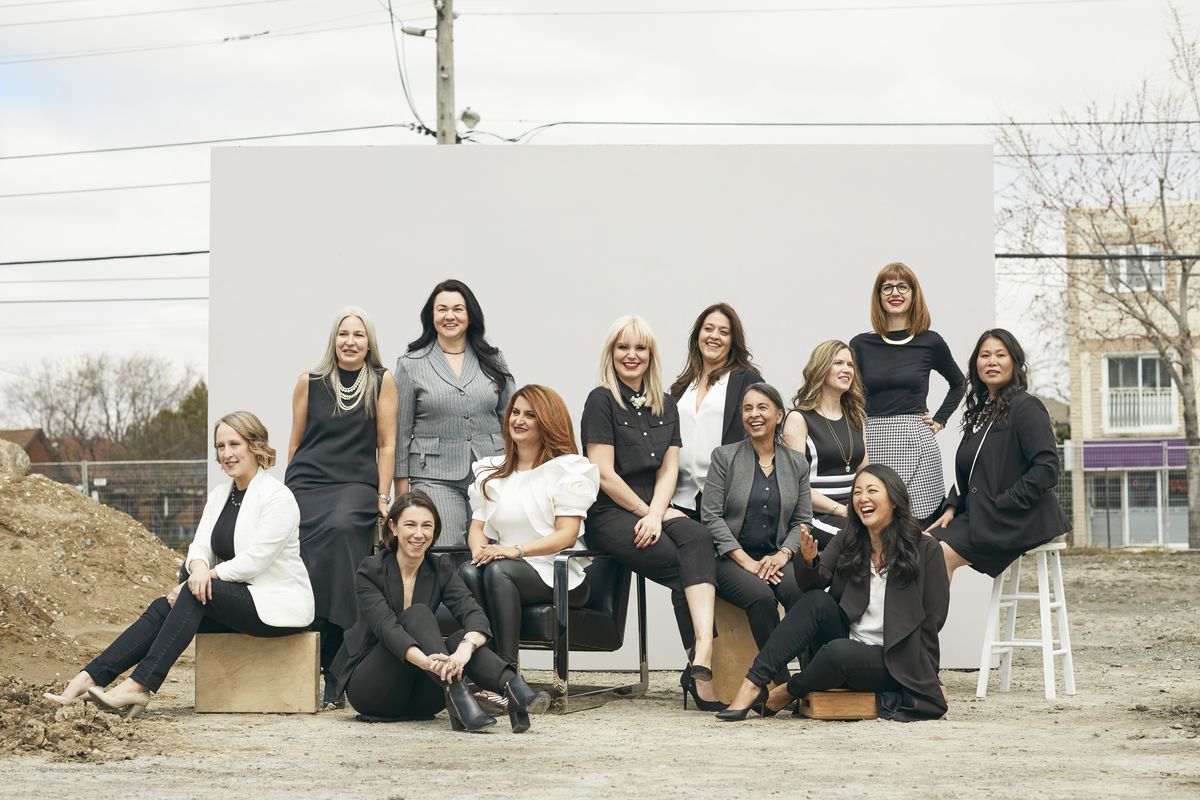 The feeling is very different but the development process is the same. Taya Cook, Urban Capital

Moderated by Renée Gomes of First Gulf, this forum's focus is Reina, a Toronto development that places women and families at its center. The Reina team has gotten international attention as an all women endeavor, which in itself is noteworthy, but their legacy may be their unprecedented process of engagement including multiple public meetings/forums, and a recent kids’ design competition during this quarantine.

Taya introduced the project and her inspiration for Reina. After having seen an article in the local newspaper about Toronto’s developer kings she was provoked.  Indeed, these titans were all men, which frustrated Taya as leader in the field. Director of Development at Urban Capital, she combined forces with Sherry Larjani, Managing Partner at Spotlight Development to build a female A-team for a landmark project.

Ironically located on the site of a former strip club, Reina markets itself as a family-friendly, mid-rise condominium.  Every consultant on the team is a woman. The group got together regularly to brainstorm, likely a remarkable sight given that most development planning teams are majority male. Through surveys, socializing, and targeted meetings, the team engaged with investors and potential purchasers, taking a granular look at the unit layouts to ensure the best possible use of space, and getting feedback on practicalities like stroller storage and kitchens. They focused on community-building amenities like landscape and common areas, considering needs like groceries and laundry.  While some projects back into their metrics, Reina is knit from community engagement.

Quadrangle Principal Heather Rolleston led the virtual tour, showing process images toward the final design.   The undulating terraces present a compelling façade, maximize outdoor access for homeowners.  Those of us watching from cities specializing in maximizing FAR, gazed enviously at the graceful building silhouette and generous access to daylight.  Not surprisingly, colleagues have approached Heather asking for information on unit purchase or potential for a Reina in their neighborhood. While the stylish elegance of the team turns heads, the project itself will likely impact housing development in Toronto and beyond.

Thanks to panel coordinators Kim Graham and Samantha Lem at kg&a, and to Jennifer Schwartzman of NGKF.